You Are Here: Investigation of the development and the stability of two- and three-dimensional wavy liquid films under the presence of thermocapillary and electro-magnetic forces 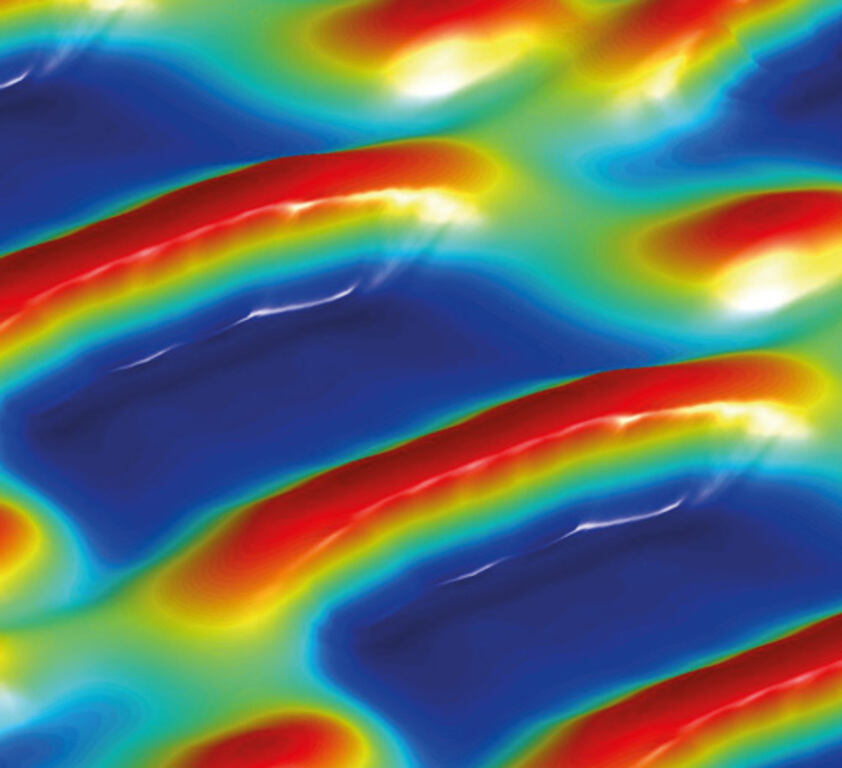 Falling liquid films are thin liquid layers flowing down a rigid vertical or inclined wall driven by gravity. Owing to an inherent instability of the system, the two-phase flow is characterized by a wavy topology as soon as a critical inclination angle is exceeded. This topology is also the main cause for the nontransparent windshield which can be observed when driving through the rain (despite the fact that water itself is transparent).

In industry falling films are used in various applications such as refrigeration, cooling of heated mechanical or electronic systems, chemical processing, petroleum refineries, desalination and food processing. They generally exhibit higher heat and mass transfer rates compared to flows which are strictly aligned to the rigid wall due to the wavy topology which is attended by different types of vortices in the liquid and the gaseous phase.

In the first period of this research project, different instabilities of three-dimensional wavy liquid films under the presence of electrostatic forces had been identified. It has been shown that the surface force, induced by the electrostatic field, is well suited to impose defined perturbations to the developing film flow.

The project is in cooperation with the laboratory of theoretical physics of the Siberian division of the Russian academia of science (LTT, ITP, SB RAW, Prof. Dr. O. Yu. Tsvelodub) and within the framework of the German Research Foundation (DFG).