You Are Here: Measuring of boundary layers for the determination of natural convection losses in solar towers 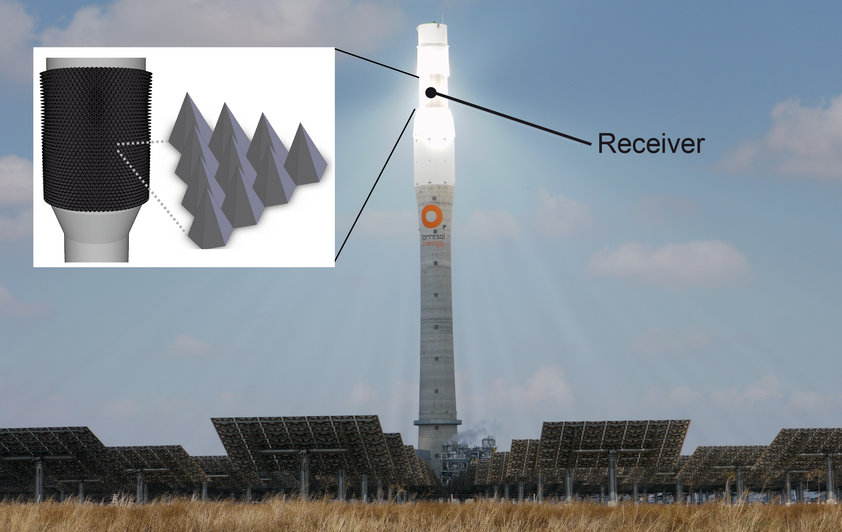 Copyright: © WSA The novel receiver concept developed at the WSA (solar tower as example of use)

The primary challenge in the generation of electrical power from renewable sources is to overcome the problem of its volatility. One promising solution for locations with high solar irradiance, e.g. Spain, the Southwestern U.S. or the MENA-region, are solar tower power plants. In this concept, the radiation from the sun is reflected by many mirrors onto a central receiver mounted on top of a tower. The use of molten nitrate salts to transport the absorbed heat from the receiver to a power plant process allows the storage of heat in large tanks. Those tanks can be filled with hot molten salt during daytime and provide this heat for nightime operation. Solar tower powers can thus be used for the dispatchable generation of electricity.

The key component in those power plants is the receiver, as it absorbs the concentrated solar radiation. One major problem in the development of new receiver designs is the inability to estimate the convective heat losses at its surface. Those losses result from a complex superposition of wind-induced forced convection and buoyancy driven natural convection.

The aim of this project is to experimentally investigate the boundary layer profiles of velocity, temperature, and the turbulence intensity for mixed convection near the receiver surface. Furthermore, the influence of a complex geometry (a new receiver developed by WSA) will be investigated. The obtained data lays the basis for the simulation of convection losses of solar receivers.